Mysterious, pristine, and interesting, Trung Trang Cave in Cat Ba Island is an attractive natural attraction included in the list of things to see in this area. This grotto is around 15km to the northwest of Cat Ba town. To explore this masterpiece of Nature, visitors have to bend and walk inside the cave of 300m long. Trung Trang Cave has gone through millions of years of geological formations, which result in the age-old stalagmites and stalactites of the interesting shapes which boost people’s imagination.

Trung Trang Cave is located in the Trung Trang Valley, around 1km from the center of Cat Ba National Park. The local people appreciate this site very much as it embraces lots of interesting and unique highlights. Getting inside the cave more than 100m, you will access the hole featured with the sparkling stalactites which seem magical in the dim light conditions. There, it’s feasible to notice the interestingly-shaped objects that look similar to a crown, line of clothing, Gods of Happiness, Wealth, and Longevity, etc. The inside of the cave is also home to the mysterious ecosystem of fauna. It provides the living environments for bats, birds, insects, and reptiles. The interior of the cave has dim light to preserve the natural setting to facilitate wildlife.

After exploring the 300m-long cave, you will be in front of the magnificent entrance highlighted with the distinctive architectural artworks of Nature. From this area, start entering the green zones of the age-old trees and lianas. This is the largest cave that represents more than 150 grottoes of various sizes in Cat Ba Island. There also found the fossils and stone tools of the former Vietnamese. It keeps the remnants of Vietnamese history during the war times. In the past, this place was called “bat cave or the cave of bats.” In the period from 1964 to 1968, it was made a refuge and named as “Hai Quan” or “Sailor.” 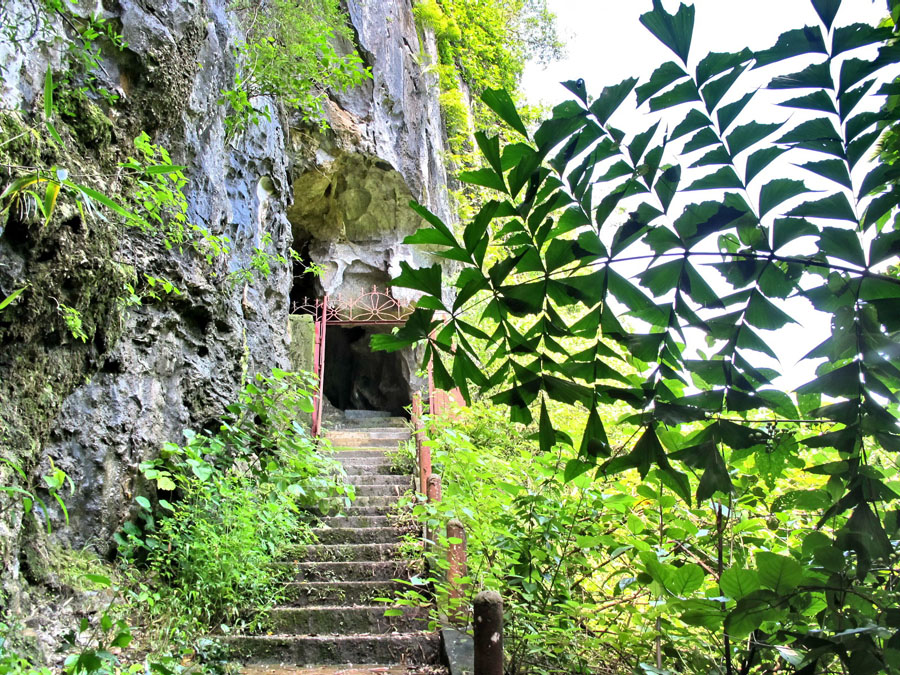 Every year, Trung Trang Cave Cat Ba attracts thousands of the domestic and foreign visitors who come to explore the inside corners of the attraction and admire its green surrounding. Though you have to fairly bend to explore the 300m-long cave, the amazing view is worth the effort. Sometimes, you might look at the starring stalagmites and stalactites as the stars or any other magical objects. As already noted, the inside of the cave is home to bats, insects, or reptiles that like living in the dark conditions.

After the 300m walking, you will be welcomed by the green landscape of various trees and lianas that exist in the areas for a long time. Just be mingle with pristine Nature and inhale fresh air. Don’t miss the Kim Giao forest (its scientific name is Nageia fleuryi) that naturally and beautifully grows in the area next to the cave! It provides numerous fantastic photography corners. You can also find the off-the-beaten-track trails for the easy trekking trip, amid the primitive forest. 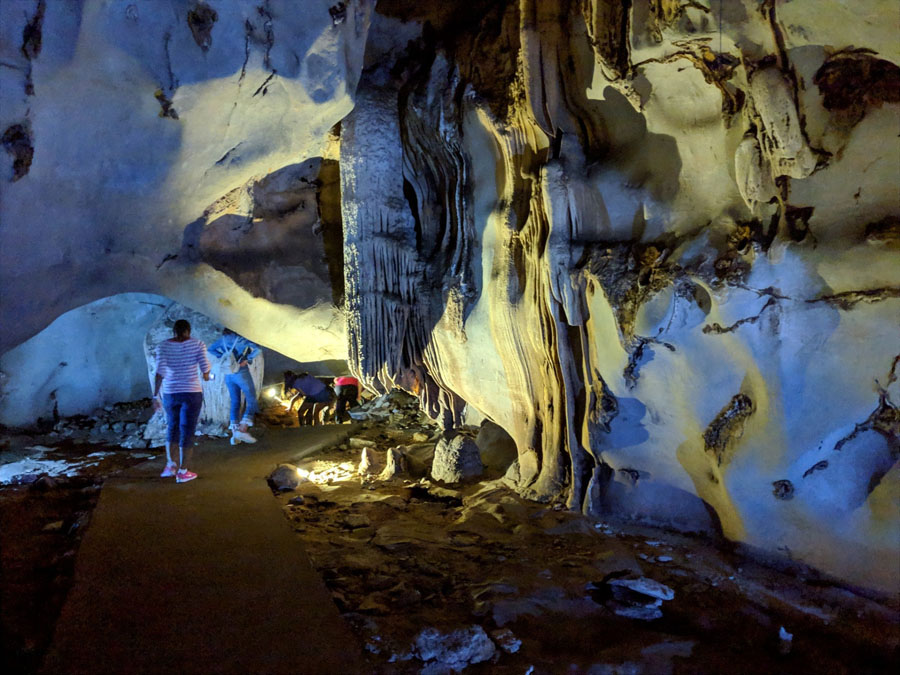 Nowadays, Lan Ha Bay Cruises or Cat Ba Tours often include Trung Trang Cave in the itinerary of 3 days or less. Tourists can also self-organize the trips to this natural attraction that brings them the unique cave discovery as well as enjoyable trekking. Together with other tourist spots in the area such as Dark Cave & Light Cave, Ba Trai Dao Islet, Viet Hai Fishing Village, etc., Trung Trang Cave is a noteworthy part of the vacation in Lan Ha Bay – a smart, peaceful, and spectacular alternative to the very famous Halong Bay.

I love traveling and have been working in tourism industry since 1996. Vietnam is my homeland so I would like to share with you my experience to discover this destination best!

Back up
x
x