Imposing and picturesque, either Ha Long Bay or Lan Ha Bay is present top in the wish list of many vacationers, and some of them might question which Bay to prioritize for a luxury cruise tour in Vietnam. A comparison between the two natural masterpieces will reinforce your decision so that you will first travel to the rewarding destination that you hold more affection to.

Lan Ha Bay is nestled in the east of Cat Ba Island and neighbors the glorious Ha Long Bay. Its area is nearly 7,000 hectares, including 400 islands and islets, and 139 beaches. The entire area is the spectacular picture of Nature which is empyreal and giant for sightseeing and photography of all times. The differences between Lan Ha and Ha Long Bays are that all of its islands are covered in greenery, and they remain more pristine, off-the-beaten-track, and untouched. So, this destination is ideal for everybody that wants to escape from the city bustle and hassle.

The top things to see in Lan Ha Bay include Turtle Islet, Bell Islet, Dark & Light Cave (Hang Sang Toi), Three Peaches Beach (Ba Trai Dao Beach), Van Boi Beach, Luon Cave, Monkey Island (Cat Dua Island), and Viet Hai Village. Besides, there are fishing farms scattered across the islands that raise a variety of seafood like mini crabs, crabs, green mussels, geoducks, lobsters, grouper fish, and more. Certainly, this lovely site owns a similar charm to its famous neighbor, but in a smaller size. Any time you want to venture out, the best activities are kayaking, swimming, discovering caves, cruising, and visiting the ancient village. Meanwhile, cultural experiences are nice in the local villages in which you meet the fishermen and learn about their customs as well as fishing traditions. Make sure you have the full-charged cameras to capture the best pictures and videos ever. 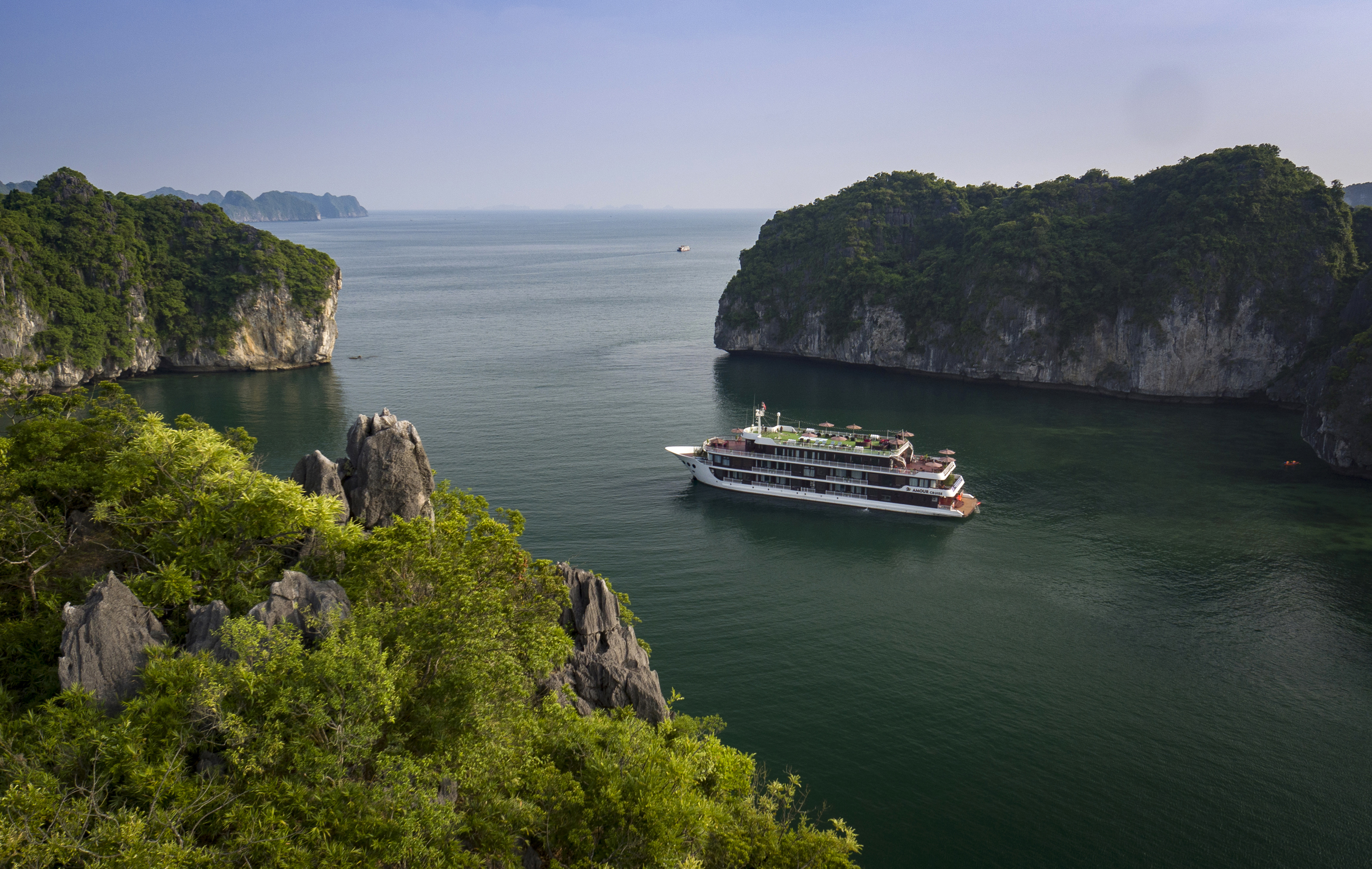 While Lan Ha Bay remains pristine and untouched, Ha Long Bay wins the international recognition for its natural beauty and unique characteristics. In 1994, Ha Long Bay was inscribed as a UNESCO World Heritage Site in recognition of its outstanding, universal, and aesthetic values. In comparison to Lan Ha, the “Bay of Descending Dragon” is much bigger and more known to the domestic and overseas tourists. Oftentimes, it’s a must to book the cruises in advance (at least 1 month) to preserve your Vietnam luxury cruise tour in Ha Long Bay. This Bay is blessed with approximately 2,000 islands and islets, of which some remain unnamed.

Especially, the trips to Ha Long Bay are not just limited to luxury cruises. People can level up their journeys by using the high-end helicopter and seaplane, or even the private yacht. These premium channels make this UNESCO Bay more expensive and praiseworthy than elsewhere. There stand out numerous cruises sailing along and around Ha Long natural attractions namely Titop Island, Sung Sot Cave, Thien Cung Cave, Virgin Cave, Tuan Chau Island, Vung Vieng Fishing Village, Dau Be Island, Dau Go Island, and more. It seems to be impossible to find elsewhere that is panoramic, extensive, and gorgeous like this UNESCO site. 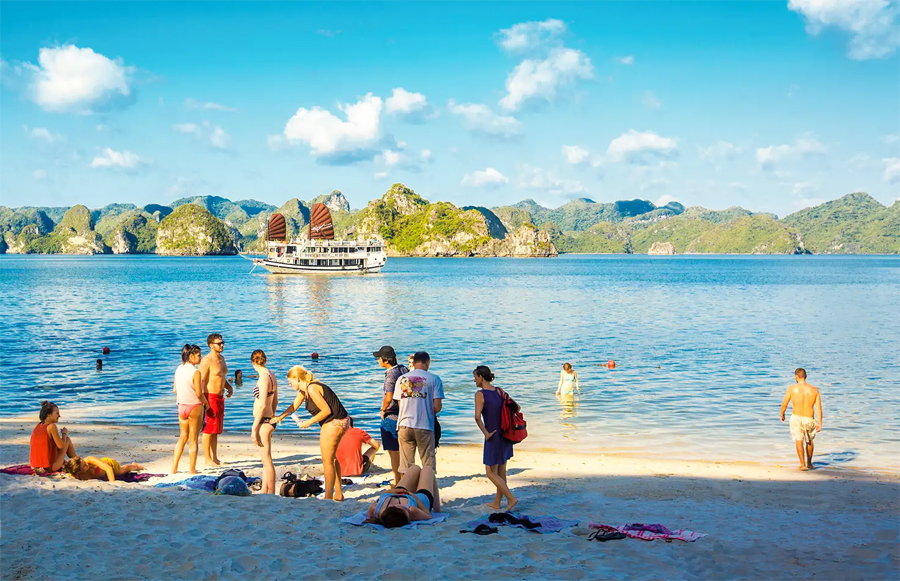 Halong Bay in a sunny day!

Though being called “the second Halong Bay,” the pristine Lan Ha is much smaller. It also remains less popular, which results in peaceful and off-the-beaten-track conditions. On the other hand, the well-known Ha Long is on the world-class level that almost everybody knows and appreciates the high-end services of the Guinness Halong Queen cable car, 5-star luxury cruises, helicopter tour, seaplane tour, and Viet Yacht Tour. Either Lan Ha Bay or Halong Bay is beautiful for Vietnam Luxury Cruise Tour, so just get to the site that appeals to you most. If you love serenity, then Lan Ha Bay is not a wrong choice.

I love traveling and have been working in tourism industry since 1996. Vietnam is my homeland so I would like to share with you my experience to discover this destination best!

Back up
x
x